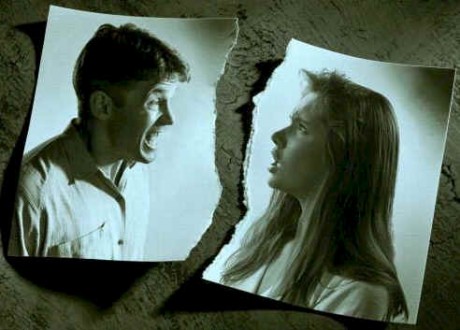 “Have you looked in the closet?” Duh. She went back to reading the comics. She was in the middle of “Luann”, where the teenager and her friend were agreeing that all problems are caused by men. Funny stuff.

Sighing, she pushed aside the newspaper, and made her way back to the bedroom closet. She glanced in. Yes, there it was, hanging on his side, in a gray plastic protective bag.

“No, the black jacket. The one in the bag’s the pin-striped one.”

She unzipped the bag. Sure enough. For once he was right. She pushed a few of his shirts and pants aside. Then she looked over on her side of the closet, just in case. Then she went to the hall closet, where the winter coats and sweaters are hung. Nothing.

He made a lot of business trips recently. Surely he still had it packed away. He never unpacks, until he’s missing something, and then he only unpacks that one thing, and whatever’s on top of it.

“I remember wearing it to ‘picture day’ at work, over my tee-shirt.”

“That was back in September! Didn’t you take it on any business trips?”

“Well, I ran to catch a flight that afternoon. Can’t remember where I went, though.”

She rolled her eyes. Did it matter? “There’re only three places you would’ve gone back then, sweetie. It’s either California, Idaho, or Minnesota.”

She went back to her comics. He came into the dining room and sat down at the table, across from her.

She waited a moment, until she was certain he was finished, then let her eyes drop back down to the paper. Ha! That “Baby Blues” sure was funny today! The father had to change a poopy diaper, and was trying to foist the chore off onto the mother. Typical!

“Thing is, I could swear I asked you to take it to the dry cleaners. It had some streaks on it.”

With an effort, she dragged her eyes back up from the paper, gradually focusing on his face. He had a distant expression on his face, gazing somewhere over her left shoulder. He was fiddling with a crayon one of the kids had left on the table. She opened her mouth to say something, but didn’t get the opportunity before he spoke again.

“You wouldn’t have taken it to the cleaners and forgotten it, would you?” His gaze shifted to her face, now, his eyes faintly accusing.

“Back in September? I doubt it. I don’t recall taking your jacket anywhere! Besides, I’d have the ticket …”

“Hmmm. I think I was visiting that company in Texas! Yeah, that was it! I had that terrific filet mignon that night at the hotel restaurant.”

Her mind was getting dizzy. “Lemmee check.” She got up and went out to the car, where she typically kept her drycleaning tickets. She peeked under the sun visor. Nope. No sign of any drycleaning tickets. Not that she expected any. She was pretty good at remembering to pick up the drycleaning. She came back inside.

As if he expected her to find his actual jacket hanging from her visor!

“The ticket? No. I didn’t think I would. Did you leave it in a suitcase?”

He shook his head, dismissively. “I suppose I could have left it in a rental car, or a hotel room ….” his voice trailed off. It was clear he didn’t find that scenario very likely. No, the wife simply must have taken it to the cleaners, and forgotten it. That could be the only answer.

His mind made up, he rambled on a bit longer about that particular trip, then jumped back to the point.

“How are we going to find it if you did leave it at a drycleaners?”

“Well, honey, I use only three cleaners. I’ll simply call each of them and ask them to check for it.”

“How the hell you gonna do that when you don’t have a ticket?” he rapped out.

Sheesh. “Welcome to the nineties, dear. They keep all that stuff on these cool devices called computers nowadays. You don’t even need the ticket — that’s more of a reminder to you, and makes it a little easier on them.” She spoke slowly, and dryly. Perhaps too dryly, as she was rewarded with a glare.

The next day was her first day back at work after a week’s vacation. Needless to say, she didn’t quite get around to calling the drycleaners. It wasn’t high on her priority list, as she was quite certain the jacket would not be found there.

That evening, the conversation revolved around the new health club he was joining, and the death of the former mayor. Then, suddenly, the topic changed.

“Did you call for my jacket?”

“Huh?” For a moment, she couldn’t figure out what he was talking about.

“Did you call the drycleaners you said you’d call to locate my jacket?” He spoke with an edge of irritation in his voice.

A glowering look was her reward. He’d quite made up his mind that she had lost his jacket, and now she was slacking off on trying to locate it for him!

The next day, she phoned each of the drycleaners she used, and explained her problem. Each one was very helpful, conducting searches of their computerized records under variations of her name, his name, their telephone number, and even searching the “unclaimed” bin. No jacket. Which is just what she suspected would be the case.

She sent off an e-mail to him, explaining that her search had come up –er– dry.

“Hey. Today’s the last day to sign up for a health plan here at work. What was your OB/GYN’s name? The one you liked so well?”

“He’s on their list. But Goldblum isn’t. I don’t know if I should sign up for this or not. I mean, it’s costly, for one. And if you don’t use the doctors on their list, it’s 70/30 coverage. And there’s a high co-pay. What’s our co-pay under your plan?”

“Yeah. Maybe I’ll just opt-out again. What do you suggest?”

Why can’t he just make up his own mind? “I think we should just stick with my plan. It gets messy when you introduce that coordination of benefits thing, and we never end up in the best of circumstances.”

He couldn’t see it, but one of her eyebrows was raised.

“It was hanging in my cabinet, here at the office. By the way, Marcus wants to know if we have any plans for New Year’s Eve.”

“Why is he asking us so late?”

“I don’t know. Anyway, I told him we did, but he said that if we wanted to drop by, he and Shelby were having a small get-together.”

“So, does your jacket need cleaning?”